House with Heart (HwH) was founded as a charity in 2001 by Beverly Bronson, a volunteer social worker in Nepal, when she found two abandoned brothers, aged two and five, huddled together outside their tin hut in the streets of Kathmandu, Nepal.

Unable to find anyone to care for the children, Beverly became their guardian and admitted them into a hostel attached to a school. The boys did not thrive in this bleak environment, and she dreamed about starting a charity to provide a home for them and other abandoned children that would also help support and train destitute mothers.

After some initial fundraising and a financial commitment from friends, Beverly returned to Nepal and rented a 12-room house. House with Heart opened in April of 2001.

In 2004, a house and land were purchased with the help of generous donors to provide a permanent home for the organization. Major renovations were made to the former carpet factory building so that it could house up to 20 children plus staff members, as well as provide space for an education center serving neighborhood women and children. Generous donors continued to help the organization expand by purchasing neighboring land.

Then, the "big one" hit in 2015. Two large earthquakes resulted in major damage to the HwH facilities. Thankfully, no one was killed or injured. The children, Beverly and staff 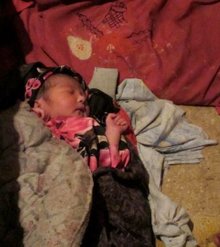 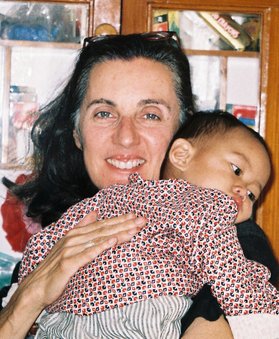 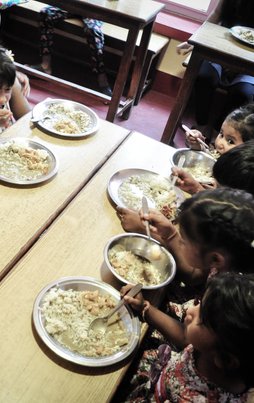 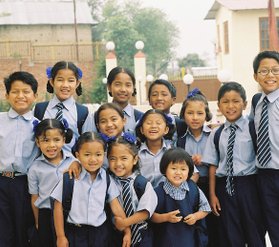 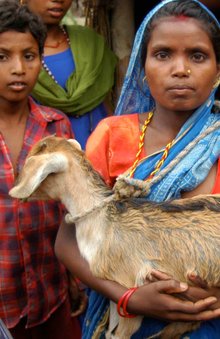 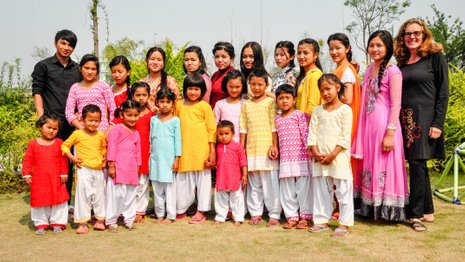 were living in tents outside for many months. Once again, donors stepped forward. Their generous gifts made it possible to repair and reinforce the House and out buildings to withstand future earthquakes. HwH also reached out to the community and beyond, providing help to neighbors and other charities right after the quakes. In addition, HwH helped to rebuild three schools in remote areas.

A 2016 special capital campaign was held to raise funds to build a second House on the existing campus. That House, the Beverly Bronson Center (BBC), opened in June 2019. This resulted in a significant expansion of programs, making it possible to help move even more children & women out of a life of poverty.